At Schuck Corporation, we are a diversified company involved in real estate, land, land development, vertical development (building), and business operations. We’re in the business of helping other businesses succeed. Sometimes that’s done through investments; sometimes it occurs through identifying and matching restaurants and retailers with the perfect location for them; and sometimes it happens as we develop a piece of land from the ground up.

In all of our work, we seek strategic alliances with those whose strengths compliment ours in an effort to maximize our competitiveness and the value we add to our communities. We pursue a diversified portfolio of development opportunities and investment properties in select markets. From the beginning of a project through its completion, we continuously balance risk, liquidity, stability, yield, and growth to determine the most lucrative and beneficial course of action.

A continued legacy of success. 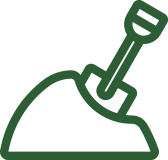 When developing a parcel of land, we start by identifying a lucrative opportunity with the highest potential for future success. Then, we carefully select the best team of contractors for each specific task, so that our projects are developed on time and on budget. Having a strong team with an extensive, multidisciplinary skillset is essential for successfully completing any real estate project. At the end of the day, it’s our ability to assemble great teams that enables us to achieve high quality land development projects for our clients because, ultimately, it’s up to that team to see the project through to a successful completion, regardless of what challenges arise.

After forming a great team, we begin the process of approvals. We obtain the entitlements for approved uses, roadway designs, density, utility infrastructure, amenities, and any other community or government requirements. Essentially, we have the proven track record of successfully navigating the challenges associated with taking a parcel of land through the entitlement process and all the way to project completion. 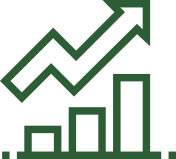 When helping a business expand, we select promising locations that we rehabilitate, reposition, and readapt to fit their needs and accelerate their growth. So, if you own a small boutique, a major franchise, retail establishment, or commercial operation, and you’re ready to expand to a new location, we can place you in a property that best fits your needs.

We are continually identifying locations that will best serve our partners when they move in and into the future. 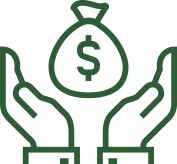 If you own a business, and you want to grow it, but are unsure of how to move forward, talk to us. While we may not know a lot about asphalt, we know a lot about business. We have the business sense and experience to identify profitable investments and strategies for you to grow.

In many of our projects, we also offer opportunities to participate in joint ventures. During the last 30 years, we have successfully structured numerous joint ventures to the benefit of our investors. If you’d like to know more about our current project opportunities, contact us here.

We are a team of proven and market-driven professionals constantly challenging ourselves to find new and better ways to create superior communities to serve individuals and businesses, doing so without compromising integrity.

We generate superior results for our customers, our associates, the communities in which we develop, and for our owners. We seek strategic alliances with those whose strengths compliment ours in an effort to maximize our competitiveness and the value we add to our communities.

We pursue an ever-improving and diversified portfolio of development opportunities and investment properties in selected markets which balance risk, liquidity, stability, yield, and growth.

We maintain an exciting work environment characterized by mutual trust, respect and personal growth in a culture where excellence is expected, achievement is rewarded, and our values are advanced. We provide leadership and support to our nation, our community, and to our industry. 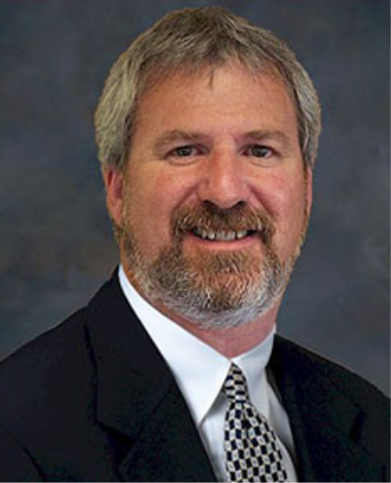 William D. Schuck
Bill Schuck continues his commitment to family, community, and business as the Schuck Corporation matures from its early entrepreneurial days. While Bill is very proud of his father, Stephen M. Schuck, and his accomplishments, it is a source of pride to them both that Bill is now establishing his own legacy with Schuck Corporation. Bill Schuck’s leadership has brought great success to this unique real estate development enterprise and he continues to provide a steady hand and a clear vision of the future.

Bill Schuck continues his commitment to family, community, and business as The Schuck Corporation matures from its early entrepreneurial days. While Bill is very proud of his father, Stephen M. Schuck, and his accomplishments, it is a source of pride to them both that Bill is now establishing his own legacy with The Schuck Corporation. Bill Schuck's leadership has brought great success to this unique real estate development enterprise and he continues to provide a steady hand and a clear vision of the future.

Bill began his real estate career in 1985 as an industrial specialist with Grubb & Ellis in Denver. In 1987, he created an affiliate of The Schuck Corporation, TSC Commercial Realty based in Castle Rock, Colorado, overseeing operations and sales activity in both Castle Rock and the Denver metropolitan area. From that position, he brought the Colorado Springs based company to Denver to undertake several mixed-use land developments in various Denver metro locales of which "TransPort," a 6,500-acre multi-modal, mixed-use project served by air, rail and highway, remains his biggest undertaking.

Assuming the position of President and CEO of The Schuck Corporation in 1996, Bill took over all day-to-day company operations and guiding its growth, acquisitions, sales, financing, and long-term strategy. "While Dad's vision, relationships, intuition, and drive were the cornerstone of the early years of our company, a new set of skills is needed to best manage and maximize the value of our assets, both present and future. We make a terrific team together."

In a truly historic move, Bill conceived, designed, and then executed a very creative private/public venture in 1998. Bringing multiple governmental jurisdictions together would be a difficult challenge under any circumstances, but this unprecedented collaboration involved the U. S. Air Force Academy, the Federal Highway Administration, the State of Colorado, El Paso County, and the City of Colorado Springs, and the construction of a $12 million I-25 Interchange funded entirely with private dollars. Bill's model is now being emulated by others.

Part of Bill's long-term strategy is geographic diversification--exporting the Schuck skills, experience, and relationships to new markets both in and outside of Colorado, including Washington and Arizona. His ability to manage multiple teams of local specialists has allowed the company to broaden its financial base while strengthening operations.

Bill currently devotes time, leadership, and personal commitment to the Board of Directors of Colorado Council on Economic Education and as past Board Chairman of the Pikes Peak YMCA. Bill is also a member of the Forest Lakes Metropolitan District Board and is an alumnus of the Denver Chamber of Commerce "Leadership Denver" program in 1988.

Bill graduated from the University of Colorado with a Bachelor of Science degree in marketing. He was a member of the alpine ski team where he met and, ultimately, married another ski racer--the former Deirdre Meyer. They have three daughters: Hillary, Whitney and Gabrielle, with whom they spend as much time as possible on family ski trips.

Just as his father has always given to the community, Bill has achieved his own distinguished record of public service. He has served as President of the Castle Rock Chamber of Commerce, on the Board of Directors of the Jefferson County Community Center for Developmental Disabilities Foundation, the Mile High Chapter of the American Red Cross, the Colorado Association of Home Builders, Silver Key, University of Colorado Real Estate Foundation, and Pikes Peak Community College Advisory Council. Maintaining the Schucks' long-term commitment to young people, particularly those in disadvantaged circumstances, Bill established a job shadow-mentoring program, targeting kids who need support. The program involved children spending one day per month with company associates, sharing their work experiences in an effort to elevate those students' personal goals and aspirations.

I have worked with the Schuck Corporation over the past 15 years. Ours is a rare business relationship that bankers develop only with their best clients. Bill Schuck and his team exemplify the highest standards in honesty, integrity, and dedication to hard work.

Bill sets the bar high for the rest of us. For more than 15 years, I’ve watched him lead by example as he supported colleagues and community organizations. His leadership is infectious.

I've known the Schuck family – Steve, Joyce, and Bill - for many years and have a very high regard for all they do in business and for the community.

I have known and worked closely with Bill Schuck for the past 20 years. During this time I have observed his high integrity and excellent business skills. He and his team will always be first on my list for business development.

Schuck’s ability to deliver on expectations is unparalleled
in this region.

Integrity, trustworthy, competent...the Schucks are simply among the most decent, honorable people you could ever find.